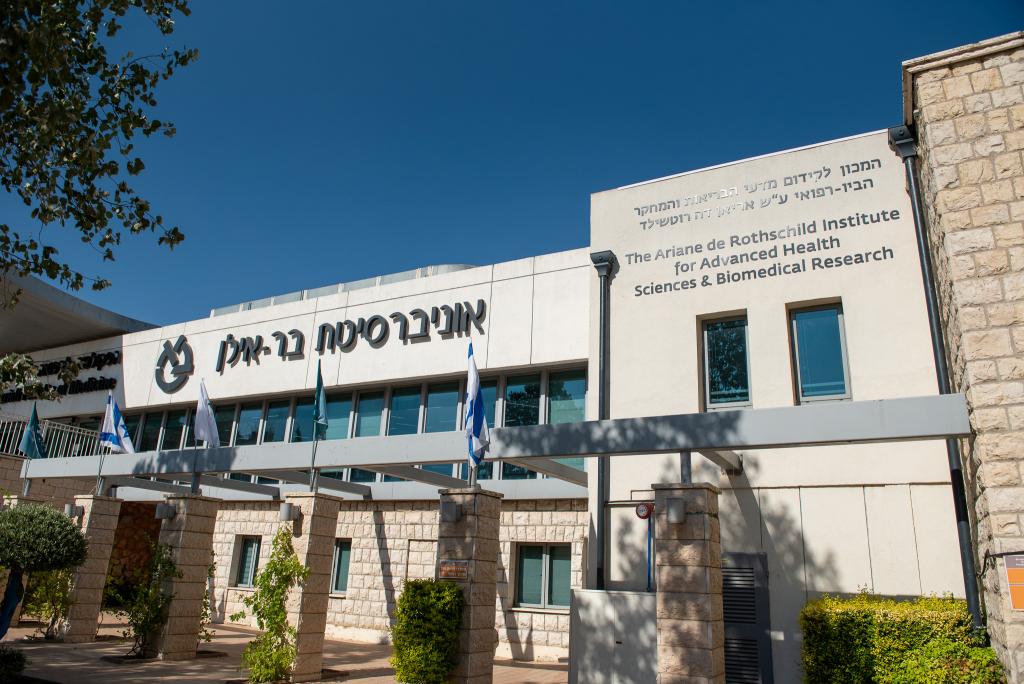 The Azrieli Faculty of Medicine was excited to host delegates from the Edmund de Rothschild Foundation as well as from the Azrieli Foundation, in honor of the agreement signing and unveiling of the building naming, seen above. Also in attendance were key Bar-Ilan University figureheads and architects as well as the Mayor of Safed, Shuki Ohana.

After a reception and festive lunch, the crowd reconvened in the Esther and Haim Carasso Auditorium for the signing ceremony, attended by academic faculty as well as administrative staff. The Foundation was also presented a "Founders Key" as a symbolic gift for their dedication and support. The crowd then shifted outside, to the facade of the main Faculty building, for the unveiling ceremony and toast to l'chaim. For "desert" the guests toured the lab of Dr. Shai Bel before dispersing.

The 180 million shekel donation from the Edmund de Rothschild Foundation will be used primarily for physical Faculty expansion.

Pictures of the event can be seen here.