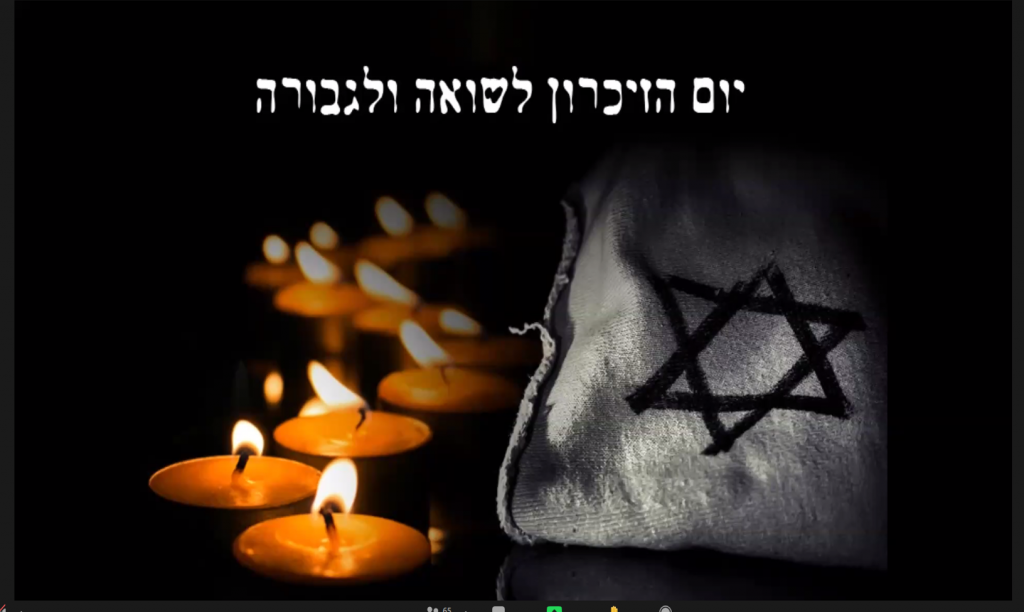 Immediately after the national two minute siren at 10 AM, Estela Payapanyan of the Student Union invited the Dean, Prof. Karl Skorecki, to say a few words. Prof. Skorecki pointed out that this year, special attention is being devoted to the courage of medical professionals during the Holocaust. He presented a short history of the codes of medical and research ethics, and its importance. Lee Azulai of the Student Union spoke next, sharing a bit about his experience as a medical student in Germany. The highlight of the gathering was a third generation testimonial of a second year student in the four-year track, Michel Buchinger, who told the story of her grandfather, a survivor, and his family.

The ceremony culminated with Hatikvah, the National Anthem. 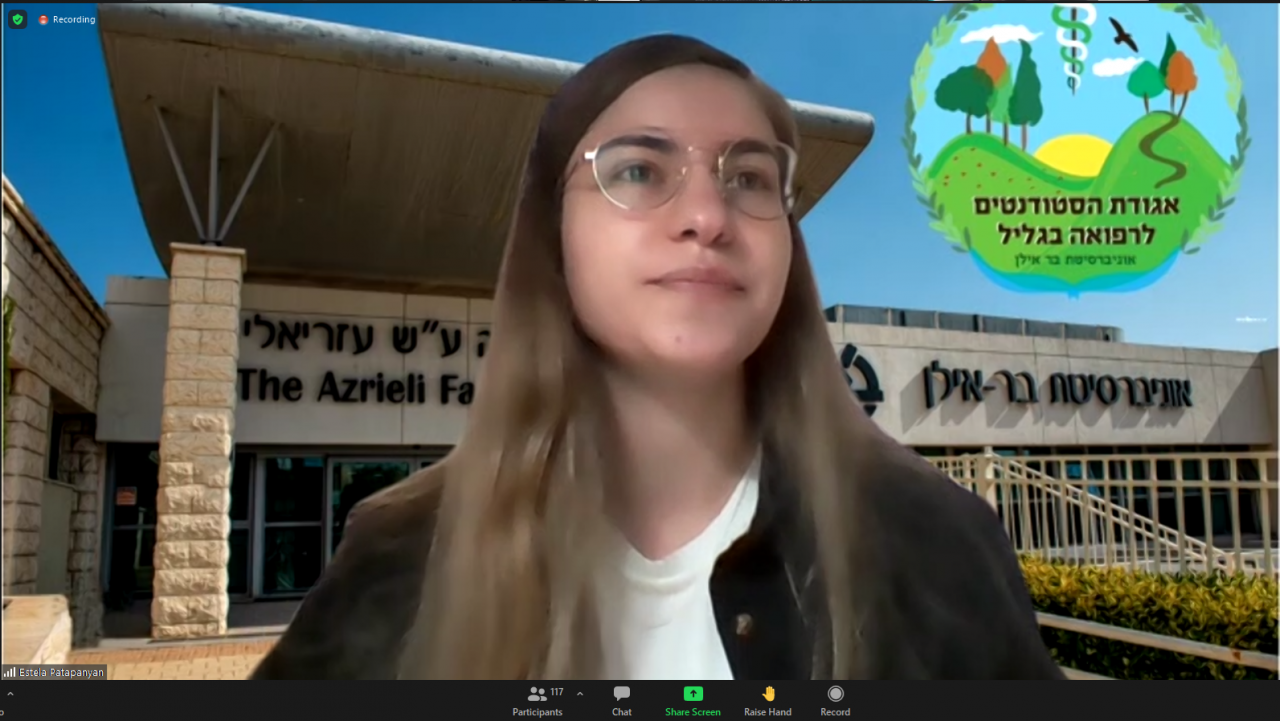 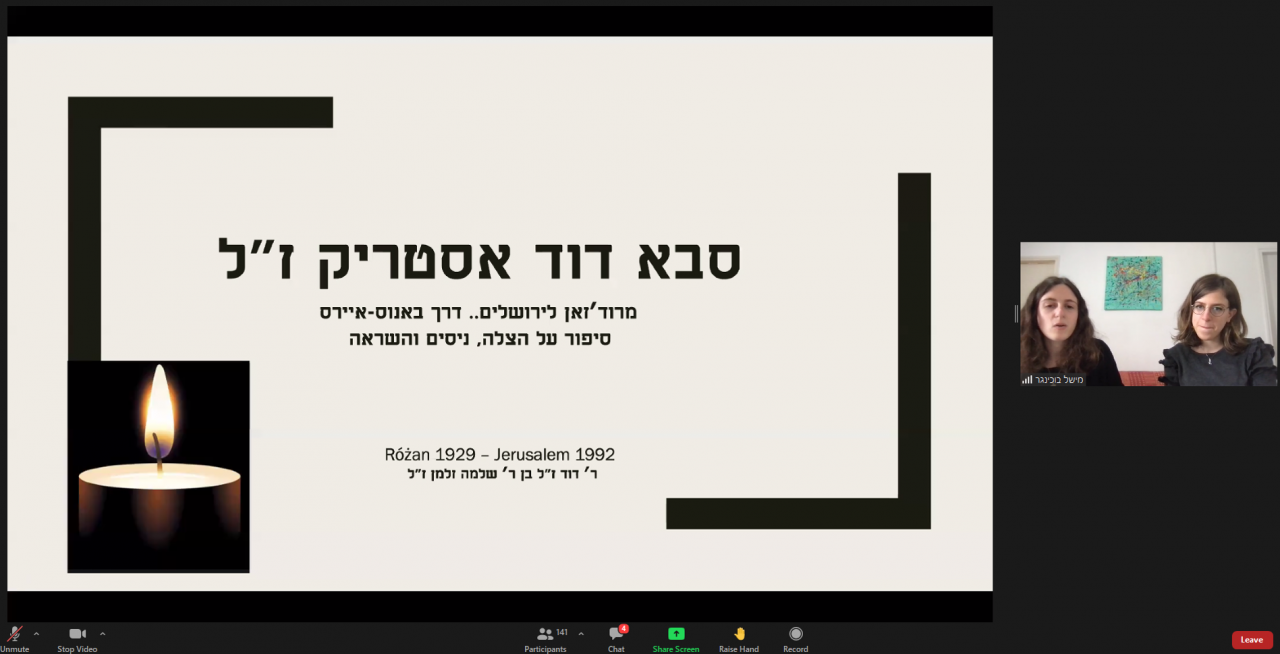